Video game launches are mini-Christmases: small boxes containing whole new worlds of imaginary joy, as long as you ignore how they’re motivated by money and made possible by people working 18-hour days. But sometimes the publishers just put a lump of coal in a sock and use it to mug you. Because with AAA development taking longer than ever, they’re just desperate for the money. Which is why some game launches were worse product reveals than getting up early x-mas morning to find “Santa” in bed with mom.

he original SimCity spawned an entire genre instead of mere sequels. If we’d applied as much electricity and computing power to real city design then our postcodes would now include the closest star system and number of local sexy alien species who want to know more of this hu-man thing called “bang-ing.” The only way the series could be stopped is if the makers specifically tasked a global computer network with destroying it. Which is essentially what EA did when it came time to release the long-awaited series reboot. 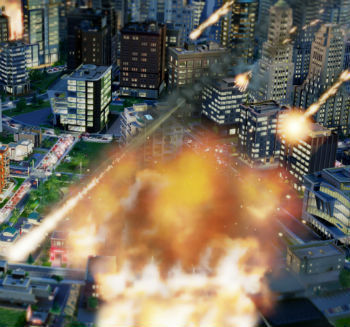 Before Daikatana, before Duke Nukem Forever, the black hole of hype being piled up until it collapsed into suck was Battlecruiser 3000AD. A combination of desperately desirable design with an utterly unfinished game, which went together like shit and an unfinished fan — a stinking, crap-flinging disaster that achieved nothing. Battlecruiser 3000AD promised an open sandbox universe with a massive starship, planetary adventures, crew management, and spaceship combat, all powered by neural net artificial intelligence. In 1996. It might as well have been promising a fully functional holodeck programmed with Asari and Krogans: Most of the parts required didn’t even fictionally exist yet. 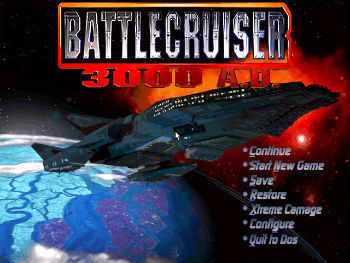 “Day one” patches prove that game discs are just a cunning plan to kill trees by wrapping them around extremely slow shurikens. Every game you buy puts you in your place by telling you to sit quietly while it calls its boss at work to finish the important things. Which is weird, because that’s how many of us got into playing games in the first place.While most games use these patches to dot the i’s and cross the t’s, Tony Hawk’s Pro Skater 5stumbled up with a half-pipe-induced head wound asking to be taught the alphabet. And its first question was apparently, “How do you spell PS4?” The day one update was 7.7 gigabytes. The entire install from the game disc was only 4.6 GB. They couldn’t have more clearly announced the game wasn’t finished if they’d called it Tony Haw.

Making a joke about the 14th Final Fantasy not being a final version is too broken and lazy to even write in words. Square Enix wrote it in code and sold it to millions. Final Fantasy players were more disappointed with the game than a Final Fantasy character trying to use real hair gel.

The game was an accidental parody of its own genre. Every system was so incomplete, broken, or boring that the only reason to keep playing was to keep increasing your level. Sitting at a calculator typing “+1” would have provided exactly the same gameplay experience with far fewer crashes. Within three months, the game’s producer and director had been publicly booted from the project, with producer Hiromichi Tanaka claiming full public responsibility for the failure. The only reason they didn’t livestream themselves committing seppuku is that it’s impossible to reverse a Final Fantasy sword without at least three cargo cranes and warning nearby aircraft.